“We would like people to know our compositions come from deep within and music is how we choose to deal with life and its experiences. We love to share our music because someone might find beauty in it, however they define that term.”

behind closed doors is an instrumental trio from the Netherlands. Their mission is to create music that covers the spectrum of human emotions, from daring and progressive music that satisfies emotional and intellectual hunger to music with momentum. 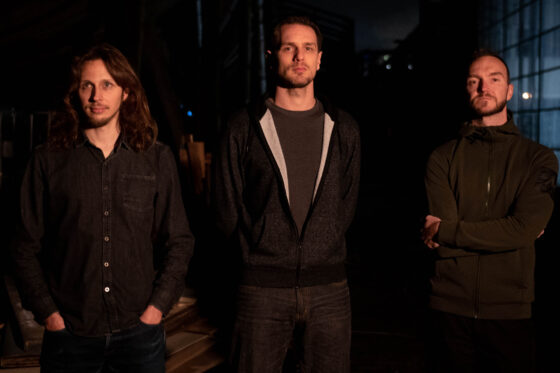 Christoph Teuschel – composer and guitarist
Christoph is German-born and living in the Netherlands. He studied at Music College Regensburg (main subject guitar with added pedagogics), worked in education and played with numerous bands and ensembles. His other musical outlet is his fusion trio Wisconsin Supper Club. He was a composer in residence at the Virginia Center for the Creative Arts with a stipend from Oberpfaelzer Kuenstlerhaus.

Fred Jacobsson — bass and synths
Fred comes from Sweden. He has a Bachelors in Jazz and a Masters in Music Production. Fred is a member of contemporary ensemble Temko and has collaborated with others, including Ensemble Klang (NL), Slagwerk Den Haag (NL), Philharmonie Zuidnederland (NL), Holland Baroque (NL), Nederlands Kamerkoor (NL), I solisti (BE), Rednote Ensemble (SCO), Bang on a Can (USA), Nik Bärtsch (CH), and stargaze (GER). He has played in festivals such as World Minimal Music, November Music, FAQ-Festival, Wonderfeel, Oranjewoud, Dag in de branding, Gaudeamus, and Andriessen festival.

Yuma van Eekelen – drums
He is the Dutch component of bcd and joined the band in 2021. Yuma studied Composition and Music Production at HKU and has since worked with many bands as a drummer, producer and songwriter. His current projects include Our Oceans, Crown Compass and Enma; he is also known for his previous work in Exivious, Pestilence, Quadvium, and The New Dominion. He has toured in Europe, South America, the USA, India, and Russia.

The Story
Christoph and Fred met in 2005 during their college years and discovered their mutual passion for music and creating something bigger. They started to work on ideas and developed a fruitful workflow over the years that led to the creation of behind closed doors and the launch of their debut album in 2014. For this album, the drums were programmed, as the right drummer to join the band was yet to be found.

The second album, “Metanoia”, was released in 2018. The drums were recorded at Hertz Studio in Bialystock, Poland, and the songs were mixed and mastered by Victor Bullock at  Woodshed Studios. On this album, one can find the first implementations of instruments beyond their trio setup (guitars, bass and drums).

In 2021, Yuma joined behind closed doors, completing the trio right in time for recording the new album. 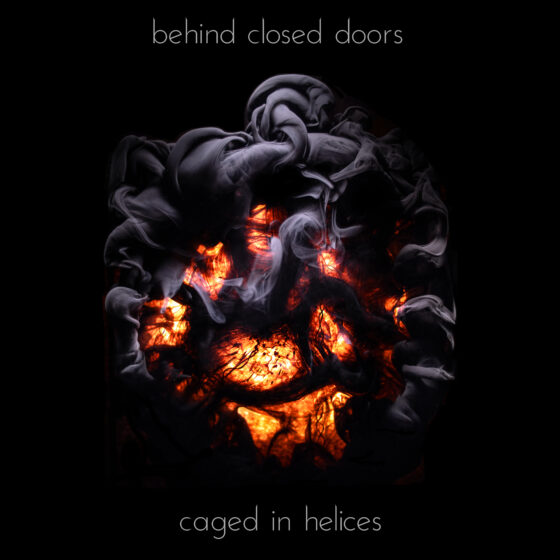 “caged in helices” is behind closed doors’ next album, planned to be released on October 28, 2022.

This album, composed in 2018 and 2019, is behind closed doors’ most profound and mature body of work to date. The first single – “the anti will” – will be released on September 2nd on YouTube, followed by the release on all digital downloadable platforms in the coming week.

The album is composed of six compositions, three of which feature a string quartet. For recording “caged in helices”, behind closed doors collaborated with a trio of string players: Dutch composer/multi-instrumentalist Oene van Geel (viola), cellist Anne Tangberg (from Metropol Orchestra) and violinist Ben Mathot (Ayreon). The album’s recording took place in 2021 at Hertz Studio in Poland, with additional sessions for the string players at Warning Studios in Amsterdam.

When the band is on stage, you can feel the chemistry. Their presence is powerful; the instruments blend and become one stream of masterfully combined sounds, and the music hypnotizes and transports you.

“When we play, there are these magic moments where it feels like Egos dissolve, time and thoughts disappear and there’s just this ‘flow’. That makes me feel so alive! Working with Fred and Yuma, I never have the impression they want to add something for their own sake but for the sake of the bigger picture. I really value that.” – Christoph Teuschel.

One reason for this chemistry could be the way the band works on their songs. Although Christoph composes all of behind closed doors’ songs, every band member brings their own perspective and influence, thus, the final result is the combined vision of the three band members.

behind closed doors’ choice for instrumental music comes from the wish to strip the songs off the weight of words and their multiple meanings, giving the audience the freedom to listen to the vibe, the rhymes and to imagine their own story while listening, a story that otherwise might be obstructed by words.

back to the blog